What Makes Crazy Ants Worse Than Other Ants In Dallas 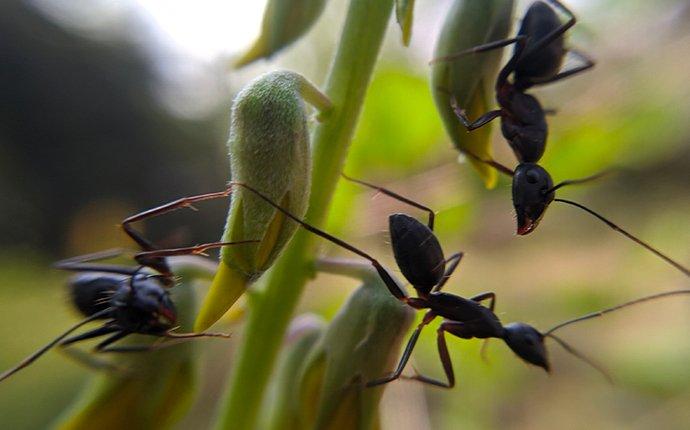 Ants are a common pest species in Dallas, Texas, but there is more than one type of ant that you could encounter around your home or business. In fact, there are many species of ants in the area, but some of them are more difficult to deal with than others.

One of the most frustrating ants in the area is the crazy ant. While they might be tiny, they can cause a lot of problems because they are so invasive. In this article, you’ll learn everything you need to know about crazy ants including what they look like and how to prevent them.

These pests only get to be about an eighth of an inch long. They are also commonly referred to as tawny crazy ants or Rasberry crazy ants. While it can be hard to tell different ant species apart, you can identify the crazy ant by their yellow-brown color and the fact that they have thin, segmented bodies and a pair of long antennae.

However, identifying crazy ants by sight isn’t always the best way to go. Instead, the easiest way to tell if you have these ants is by looking at how they move. They get their name because of the “crazy” way that they move their bodies while getting around. Instead of walking in a straight line, they seem erratic and disorganized.

How Much Of A Problem Are Crazy Ants?

Just like all other ants in Dallas, crazy ants can be an issue because they can contaminate food sources. However, some ant species are mostly just a nuisance. The crazy ant, however, can cause both property damage and health problems.

The reason they are a risk to properties is that they have such huge colonies. They are known to get into electrical equipment where they cause things like electrical shorts and other damage. Their numbers can get overwhelming, and they are also known for taking over other local ant colonies, including fire ants. This means that it is really difficult to stop the damage that crazy ants can create.

Also, they can pose health risks because they can spread bacteria to any food sources or surfaces that they touch. They might not be as dangerous as some other pest species, but they are still a risk. Crazy ants can also pose a problem for animals and livestock as they will crawl around their eyes and ears.

How Do You Prevent Crazy Ants?

The other reason why crazy ants are worse than most other ant species is that they are difficult to prevent and even more difficult to remove. However, you can still follow some basic ant prevention steps to keep them away, including:

However, if you already have an infestation of crazy ants, trying to remove them on your own is rarely effective because of their large numbers and their invasive nature.

What Is The Best Way To Remove Crazy Ants?

Don’t fear if you do have crazy ants because there is one effective and simple way to get rid of them completely. The experts at Romney Pest Control can provide both prevention and control of these chaotic, invasive ants.

Find out more about our residential and commercial pest control plans by giving us a call or requesting a free quote online.