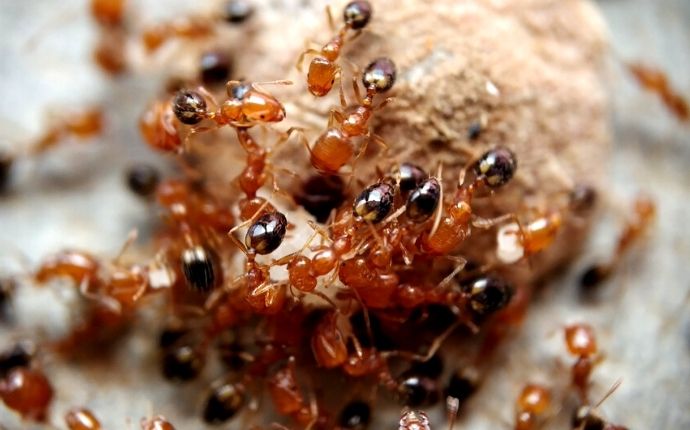 Some ants are a lot scarier than others. While most of the invasive species you’re likely to find are just a nuisance and not harmful to people or pets, some varieties of ants, like fire ants, can be hazardous to have around your property. Knowing how to spot the signs and prevent an ant colony from forming can help you stay protected from dangerous bites and stings.

What Are Fire Ant?

Fire ants aren’t native to North America and were introduced to European colonies here along trade routes from Africa. They are nonetheless abundant here now, and they can thrive in a number of different environments. Here’s how to tell them apart from other ants:

How Dangerous Are Fire Ants?

Fire ant stings aren’t fun for anybody, but they can be downright deadly for people who might be allergic to the chemicals found in their stingers. Most people don’t even know if they’re allergic to fire ant venom because it isn’t the same as a bee sting, so a single encounter could result in far worse symptoms than just the painful burning sensation — not that this isn’t already bad enough.

Fire ants can be dangerous, but they are also nearly impossible to eliminate without professional help. Unproven elimination methods can not only fail, but they can also cause a fire ant colony to “bud” into separate, mature colonies. In other words, handling the problem incorrectly will only make it worse.

Fire Ants: Hard To Get Rid Of

No true expert recommends that property owners try to remove fire ant populations on their own. Not only is it potentially dangerous, as a horde of fire ants can dole out hundreds of stings per second, but fire ants can survive even extreme removal efforts. In a process called “budding,” fire ants can quickly disperse from their homes and form multiple, mature colonies from the population in a single area. People have dug up an entire field in the hopes of eliminating the territory of fire ants, only for the population to come right back. That’s why the best way to deal with fire ants is to prevent them from forming in the first place, by turning to the professionals.

The Best Fire Ant Control Is From Romney

You do not want to risk the painful stings that fire ants dish out. So, rather than trying improper or unproven methods of removal, which might only exacerbate the problem, turn instead to your local pest professionals. At Romney Pest Control, we specialize in the thorough and total elimination of harmful and invasive ants, and we do it safely and with proven solutions. Whether a fire ant colony is already forming, or you want to get started on proper prevention that will keep pests out, our friendly staff has you covered.