Home > Blog > Is There A Difference Between The Hornets & Wasps In Dallas?

Is There A Difference Between The Hornets & Wasps In Dallas? 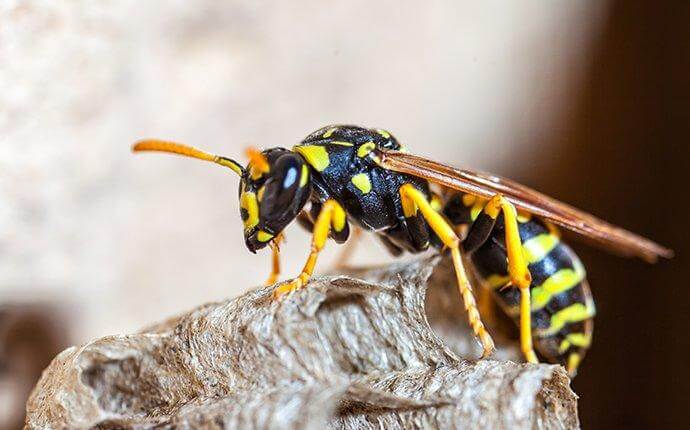 Not knowing all of the traits of various pest varieties can leave people with the wrong idea of how dangerous an infestation can be. Stinging insects, commonly called wasps, are this kind of pest. While they are good for the environment, they can put a damper on outdoor activities, and leave properties unsafe when they nest out in the yard. Knowing how many different kinds of wasps there are, and what you can do to keep them out, will help your home or business stay protected.

The title of this blog is a bit of a trick question, but it’s one that pest pros hear often. People don’t know that hornets are actually a type of wasp. The term applies to any flying, stinging insects, and the family of bugs includes bees, yellow jackets and hornets, all of which come in many different shapes and sizes. Some are more dangerous than others, however. Honeybees and bumblebees, which are excellent pollinators that die off if they dole out stings, are typically gentle pests that keep to themselves. However, yellow jackets and hornets aren’t as wary of people, and they can be extremely territorial. Knowing all the pros and cons of wasps on your property helps determine what the proper course of action is.

You probably don’t need an expert to tell you that wasp stings suck. They hurt and can carry harmful venom that affects some people worse than others. But did you know that wasps are an important part of any ecosystem? Here are the pros and cons of wasp populations.

Wasp Prevention For Your Property

Beneficial or no, humans and wasps don’t mix. The world’s much better off the more we try to keep our populations separate. Here’s what you can do around your property to make it less attractive to wasps looking for a yard to start a new hive:

If a wasp population has already moved onto your property, don’t try to handle it on your own. Not only can improper removal risk danger to you and your loved ones, but a swarm of angry wasps can risk exposure to people for miles around, some of which might be deathly allergic to stings. Instead, contact the pros at Romney Pest Control, who can inspect your home for signs of wasps or eliminate existing problems in a safe and timely manner.

Help us all control wasp populations and keep the world healthy, turn to Romney for total wasp control.