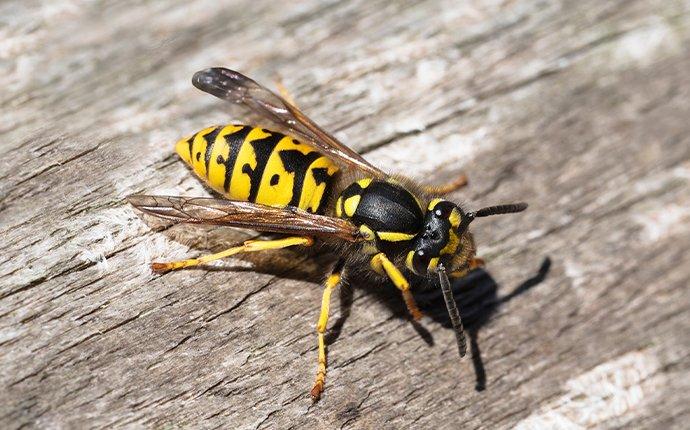 Bees are one thing, but wasps? Nobody wants to deal with them. They can repeatedly deliver a painful sting and can produce a pheromone that causes other wasps to become aggressive and sting as well. But the truth is, wasps aren’t as bad as we make them out to be. In fact, wasps and hornets might be the most effective organic pest control service that nature has to offer, but the presence of wasps on your Houston property can spoil your outdoor fun. Wasps can be beneficial, but that doesn’t mean you want them overrunning your home. If you want to prevent wasps in Houston here’s a handy guide to help.

What To Know About Wasps

Wasps prey on just about every problem insect that you could have on your property. They also help to pollinate plants and flowers by feeding on nectar, although they aren’t as talented at pollinating as their cousins in the bee family.

Common wasps like yellow jackets and hornets form social structures similar to ants, bees, and termites. They build paper-like nests in which each wasp has an assigned role in the social order; queen, drone, worker, etc. However, most wasp species live solitary lives and rely on their venomous sting to hunt.

A sting from a wasp can be quite painful, as anyone unfortunate enough to be stung knows. For those allergic to wasps, a sting can even be deadly. Although they’re great for controlling pests and pollinating flowers, wasps can pose a danger to your family and impact your quality of life at home.

Believe it or not, you can use several effective natural methods to deter wasps from inhabiting your property. As we’ve mentioned, wasps are predators that feed on other insects. So, making your property less attractive to prey insects can, in turn, reduce the presence of wasps. This can be as simple as trimming overgrown grass and hedges, getting rid of piles of organic debris like leaves and sticks, and generally eliminating places for small bugs to live.

However, if you’ve got a green thumb, you can use gardening skills to your advantage to reduce the wasp population on your property.

Plants that repel wasps include:

But just as there are plants that wasps hate, there are some flowering plants that are irresistible to wasps. Do your best to remove or reduce the presence of these plants on your property to help control the wasp population.

Plants that attract wasps include:

If gardening isn’t your thing, there are plenty of other ways to prevent wasps from inhabiting your Houston property.

If you’re experiencing problems with wasps on your Houston property, the best thing you can do is get in touch with the professionals at Romney Pest Control. Whether it’s wasp prevention assistance or the safe removal of an active nest, our experts can help. Don’t let wasps ruin quality outdoor time on your property. Get in touch with us today.