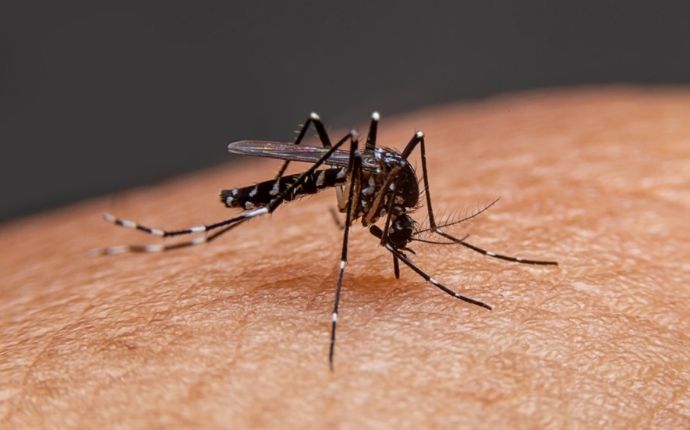 You don’t feel it, but a tiny razor-sharp proboscis from a mosquito has been inserted underneath your skin. This 6-needled proboscis plunges towards your blood vessel like a syringe. Meanwhile, a mosquito’s saliva releases an anticoagulant to clear its path and trick your body from feeling pain.

The bite of the mosquito causes a large pink welt that begins to itch and swell as the mosquito flies to its next victim. Other mosquitoes buzz and flutter around your head as soon as you walk out the door. If you live in San Antonio, you probably have experienced this nuisance.

Mosquitoes live on every continent except Antarctica, but their attraction to warm weather and water makes Texas their top winter vacation destination. Mosquitoes thrive in this environment as it provides water and great weather for making more mosquitoes! That buzzing you hear as mosquitoes swarm their food source is a mating call from female mosquitoes produced from the vibrations of their wings during flight. It makes it easier for the male mosquitoes to find them.

The Deadliest Insect in the World

Mosquitoes aren’t just the greatest enemy of your backyard BBQ, they’re deadly. Mosquitoes are the deadliest insect in the world. And they live in and around your San Antonio property.

The diseases spread by mosquitoes can cause serious health side effects like meningitis and paralysis. In extreme cases and in areas where medical treatment isn’t available, these mosquito-transmitted diseases result in the deaths of thousands of people.

Since mosquitoes live and breed outside, it can be difficult to manage them on your property. Many homeowners attempt to reduce mosquito populations on their own. While some might be effective, others are not.

Removing standing water from your property is an effective practice to help reduce mosquitos. Since female mosquitoes lay their eggs in standing water, homeowners must empty any receptacles after any rainstorms. Homeowners should also routinely change any water outside the home like dog pails or birdbaths. Mosquitoes are also drawn to the water in and around plants and hedges. Keeping hedges trimmed and natural debris from accumulating outside your home can significantly reduce the number of mosquitoes hanging around.

Less effective ways of preventing mosquitoes involve buying candles and torches that ward off mosquitoes. Some sprays prove ineffective and others are dangerous to use in areas frequented by pets or children.

There are many DIY methods for warding off mosquitoes. But the foolproof way to protect your pets, your family, and your property from mosquitoes is to call the professionals at Romney Pest Control.

Our family of skilled and insured technicians offers an effective mosquito control program that includes inspecting your property, treating the areas around your home or business, and checking up quarterly to make sure the pests don’t return.