What Eats Spiders? Our Guide to Natural Spider Prevention 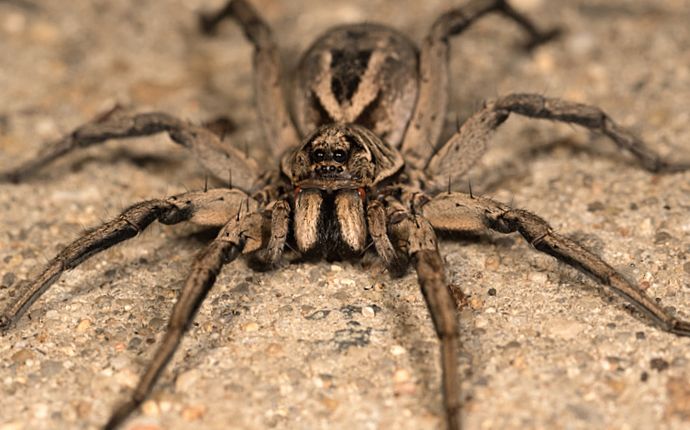 Many people suffer from arachnophobia, the abnormal or irrational fear of spiders. Despite this, spiders can be beneficial, eating unwanted insects around your house. They sometimes even eat snakes. However, spiders are a part of a food chain that makes them prey as well.

Once you understand what eats spiders and how spiders fit into your local ecosystem, you can make more informed decisions about which ones to keep and when to call for pest control.

Getting to Know Natural Spider Predators

Spiders are an essential part of your local ecosystem, and natural predators of spiders depend on them as a food source.

Many amphibians, reptiles, and fish eat both insects and spiders. Some hunt spiders, while others wait near their nesting places to ambush them. Snakes and lizards like geckos, chameleons, and anoles also help keep the spider population in check.

Several mammals eat spiders. Spider-eating mammals include bats and shrews. Monkeys don’t use spiders as a primary food source but eat them as a snack.

Centipedes, scorpions, and some insects such as wasps feed on spiders.

Wasp species such as tarantula hawks (or spider wasps) and mud daubers paralyze the spider with its sting and lay an egg inside the spider’s abdomen. Then, when the wasp larvae emerge, they eat the spiders from the inside out.

Some flies and wasps lay their eggs in spider egg sacs so that the larvae have spider eggs to eat upon hatching. Mantispid lacewing larvae find spider egg sacs to eat as one of their first meals.

The most notorious maneater is the black widow spider, who often mates twice before eating her mate.

When male spiders are larger than their mates, they’re more likely to survive mating. However, some male redback spiders sacrifice themselves by throwing their abdomens upon their mate’s fangs.

Some household pets can help control your spider population. Cats, hedgehogs, frogs, lizards, and birds are all good examples. But if your pets aren’t running loose in your home, you may have to do the spider catching yourself.

In places where people practice entomophagy (eating insects) as a sustainable food source, arachnids may also be on the menu. In Cambodia, fried tarantulas are a delicacy. People also drink medicinal rice wine with live spiders added.

Face Your Fears: What You Need to Know About Dangerous Spiders

When you learn to identify dangerous spiders, you can reduce some of the fear that can come with encountering a spider.

While other spiders are beneficial to have around the house, you will want to call pest control to take care of these dangerous spiders right away.

You can easily recognize a black widow from its bulbous dark brown or shiny black abdomen with a red hourglass marking.

Brown recluse spiders (fiddle backs) are brown and most easily identified by the violin-shaped markings on their backs.

Hobo spiders, or funnel-web spiders, are hairy spiders with brown bodies and yellowish markings on their abdomens.  If you see spider legs without hair, it’s not a hobo spider.

Spiders are a part of the natural animal food cycle that includes predators and prey. Two natural ways to prevent spiders are allowing other creatures to eat spiders or using chestnuts, mint essential oil, or non-toxic chemicals to deter them from your home.

Experienced, highly-trained pest control professionals can also help with your spider problem. With over ten years of experience, Romney Pest Control can handle any of your pest concerns.