Home > Blog > How To Tell If The Ants Around Your Dallas Property Are Dangerous?

How To Tell If The Ants Around Your Dallas Property Are Dangerous? 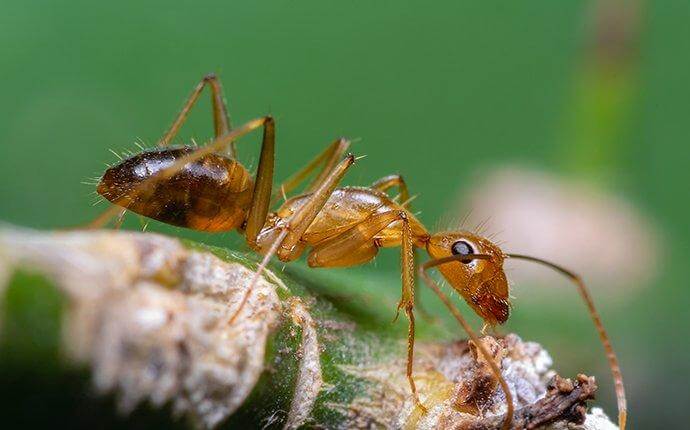 Seeing a dirt mound with small black ants on the sidewalk or noticing ants in your kitchen are both fairly common occurrences. This is because ants are one of the most common home-invading pests in the Dallas area.

There are many distinct ant species and some of them are much worse to deal with than others. For the most part, ants around Dallas are considered to be nuisance pests that don’t pose many risks, but there are a few species that can cause property damage or pose health and safety risks.While ant species vary in their specific appearance, overall, all ants are small, six-legged insects with antennae. They have three distinct body sections: the head, thorax, and abdomen. They can range in color but are usually some variation or brown or black.

Most of the ant infestations you’ll encounter are likely to be nuisance ants, but this doesn’t mean these ants aren’t a cause for concern. All ant species can contaminate food sources, and they can also be quite invasive because of their ability to reproduce quickly. Here is a guide to the three most common nuisance ants in the area:

While the above ant species can be difficult enough to deal with, there are three species in the area that come with even more problems: carpenter ants, fire ants, and pharaoh ants.

Carpenter ants are the most destructive of these species as they tunnel through wood to build their nests. This means they can damage many wooden structures including decks, flooring, wooden beams, and even drywall. They can be anywhere from black to yellow to red, and they have noticeably strong mandibles.

Fire ants are a small, reddish-brown species that are known for their painful stings and bites. While reactions usually aren’t severe unless someone is allergic, they do leave people with stinging, itching sensations that are very unpleasant.

Another dangerous ant species in Dallas is the pharaoh ant. While they only get to be about 1/16th of an inch long, they can carry and transmit harmful diseases including salmonella. They can also be rather invasive and seek out sweet food sources. Pharaoh (or sugar) ants are pale red or yellow-brown.

How To Remove Any Ant Problem

Regardless of the ant species you are dealing with on your Dallas property, trying to remove them on your own is difficult and rarely effective. But, without intervention, ant colonies can grow exponentially and the problem will expand. Instead of stressing about ants, let the experts at Romney Pest Control take care of things. Our team can handle any ant infestation no matter the size or severity. We are a local pest control company with nearly 20 years of experience. We provide excellent customer service and affordable prices, and we even offer free quotes. To get started, give us a call today.