The Best Advice You Could Hear About Scorpions In San Antonio 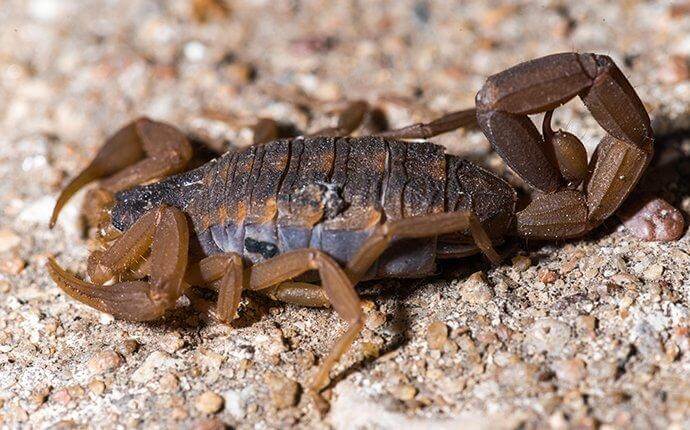 If you’ve lived in San Antonio long enough, you know how normal it is to have scorpions around your property. These creepy pests are very common but make no mistake, some scorpion species can be very dangerous. If you keep spotting scorpions around your San Antonio property, or if you want to know more about the effects of a scorpion sting, we have the best advice that residents can hear about these painful pests.

There are dozens of scorpion species throughout Texas, but only a few that San Antonio homeowners need to worry about. All of these scorpions share the same general features. They have elongated bodies that curl into a tail and stinger, supported on eight legs. Scorpions also have two arms that reach past their heads, making them look like a dangerous tangle of limbs.

The following three scorpions are the most likely to infest your property:

No matter the species, scorpions are pests you want to avoid. From a distance, these pests can actually be quite beneficial. Scorpions are arachnids, like spiders, that eat other insects and help control pest populations. It’s only when they get too close that these venomous creatures become worrisome.

Should I Be Scared Of Scorpions?

Scorpions are large and aggressive pests, and they’re likely to use their stingers multiple times. Bark scorpions are the most venomous, but all scorpion infestations can cause health problems to San Antonio families.

No matter the species, all scorpion stings are painful. Many victims describe a burning sensation like a more intense bee sting. Like bee stings, scorpion stings can cause intense swelling and reddening. Scorpions have no place near your property.

Scorpions are most likely to stay near your property because their prey is nearby. Because scorpions feed on insects and spiders, their persistent presence near your San Antonio home may indicate another type of infestation. To keep these dangerous pests away, consider the following as part of your prevention plan:

If scorpions are attracted to your property, they will eventually move inside. Before this happens and these arachnids endanger your family, contact the pest professionals at Romney Pest Control. We’ll make sure these scary pests stay away from your family and take care of any infestation that may have attracted them.