Home > Blog > How Dangerous Are Mud Daubers In San Antonio?

How Dangerous Are Mud Daubers In San Antonio? 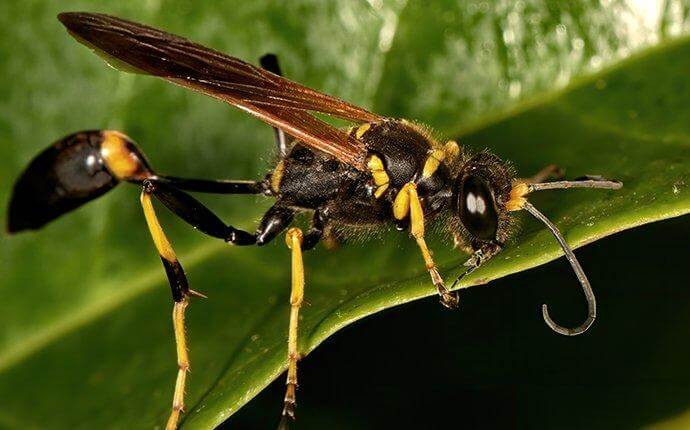 Differentiating Mud Daubers From Other Wasps

One of the main things that separate mud daubers from other types of wasps is that they are a solitary pest. A female mud dauber will build a nest for her eggs, which she’ll then feed them with the paralyzed spiders she catches. The babies will eventually move out once they’ve reached maturity, rather than sticking around to form a colony. This means that mud dauber nests are fairly small and they will be made of mud—hence the name—and will also be often tube-shaped. There are a few different kinds of mud daubers. Most are black, sometimes with metallic or pale markings. They are long and slender with a pinched waist.

When you think about the different types of stinging insects, one of your main questions is probably: “how dangerous are they?” Mud daubers are among the least aggressive wasps. Because they are solitary pests and build small nests, they are much less defensive than those that form large colonies. This means they are generally less aggressive.

Although mud dauber stings are unlikely, they are possible. Similar to stings from other wasps, the sting will be painful and may have some redness or swelling. People that have allergies may have more severe reactions, including swollen limbs, rashes, and even anaphylactic shock. Also, a mud dauber nest can be taken over by other, more aggressive wasps, so it’s a good idea to address a mud dauber nest even if they aren’t especially dangerous.

The first and most important step in preventing a run-in with a mud dauber is to keep an eye out for the beginnings of a nest. As soon as you see a mud dauber or a mud nest on your property, you should call the professionals at Romney Pest Control for an inspection and prompt removal.

Here are a few other things you can to do prevent mud daubers on your property:

There is no reason to have mud daubers living in the eaves of your home making you, your family, and your guests nervous. Contact Romney Pest Control for quick and efficient pest removal and results that will last.