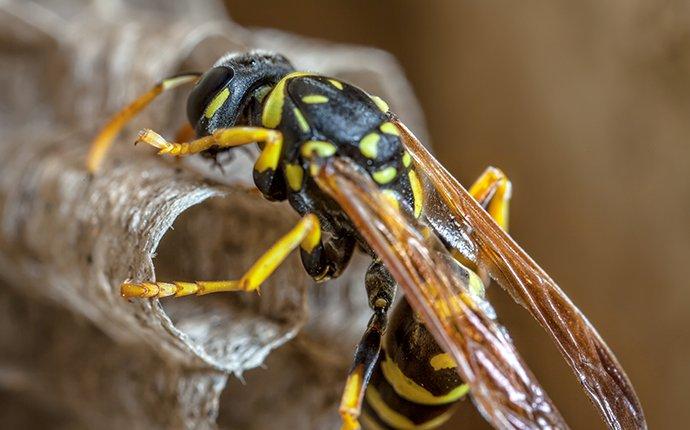 How much do you really know about wasps? Although wasps are common Houston pests, there are still many property owners who have unanswered questions about these stinging insects. Check out this FAQ and learn everything you need to know about local wasps.

Do Wasps Do Any Good?

Most people think of wasps as evil insects that don’t belong in Houston, but this isn’t the case. Wasps play a vital role in the ecosystem, and, without them, the environment would be imbalanced. Some are good pollinators, while others eat insects that would otherwise overrun the country.

Unfortunately, the world is full of pests that play important roles. Wasps could be the reason you have a thriving garden, so it’s crucial to learn how to live safely with Houston wasps.

Do Wasps Attack You?

There isn’t a clear-cut answer to this question. While wasps can attack you, they don’t attack unprovoked. Most wasp attacks occur when property owners either intentionally or accidentally approach a nest. You might be trying to remove a nest that’s not empty or place your hand near a hidden nest.

In either case, the wasp sees you as a threat. Wasps only attack because they fear you. Of course, this might not be much consolation. If you have children, you could worry that they’ll unknowingly disrupt a nest. To prevent an attack, you can call an experienced pest control professional. They know how to safely remove wasp nests.

How Dangerous Are Wasps?

This is another question that doesn’t have a simple answer. Yes, wasps can be dangerous. If you have an allergic reaction to wasp venom, a wasp sting could send you into anaphylactic shock. But not everyone is allergic to wasp venom, and most people only have minor reactions to stings.

Wasps can be intimidating because they tend to follow people, but they’re not following you to threaten you. If one seems to be tailing you, it may be attracted to your perfume or a sweet food item in your hand. By nature, wasps aren’t aggressive until instigated.

What Do Wasps Hate?

Wasps don’t like aromatic herbs. By planting thyme and spearmint, you can make your yard less appealing to wasps. That alone won’t be enough to completely prevent them, but it’s a start.

Does Vinegar Keep Wasps Away?

Wasps also don’t like vinegar. As a wasp deterrent, some people place an equal mix of water and white vinegar in a spray bottle. They then spray the wasps to get them away. While this method may be somewhat effective, it’s also dangerous. You could anger the wasps and provoke them to sting you.

To prevent wasps, you should seal up your garbage cans. The food in your garbage cans will attract other insects, which will then attract wasps. You should also avoid leaving food outside. As soon as you’re done with a meal, dispose of the food properly. As mentioned above, planting aromatic herbs can also serve as a prevention method. Whatever you do to deter wasps, always be on the lookout for nests. When you find a nest, call in a professional as soon as possible.

How Do I Get Rid Of Wasps?

On your own, removing wasps is a dangerous job. If you use a chemical spray, you risk being stung by angry stragglers. Furthermore, you could be stung when you try to remove the nest. The safest way to get rid of wasps is to contact professionals. When you work with the Romney Pest Control team, you can get rid of wasps without putting yourself in danger. Call us now to learn more.